December sees us move our spotlight to Children’s Books – ideal purchases as Christmas presents. The books listed below cover a range of sub-genres and age ranges, so you’ll easily find that perfect gift.

Grace & Bobo: The Trip to the Future by P.J. Blakey-Novis 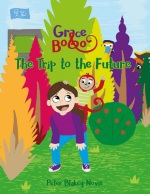 When Grace’s teacher asks her to write about the future, it’s the perfect opportunity to build her own time machine! Join Grace and her pet monkey Bobo as they set off on a thrilling adventure to a strange land and learn a valuable lesson from the creatures they meet. Buy here

Legend of the Night Unicorn by Sarah Northwood 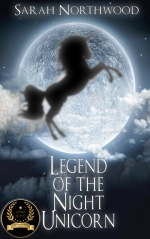 Martha is excited about her trip on the steam train up Mystic Mountain. She finds out from a kind old man how the train got its name. Legend has it there’s a night unicorn who lives on the mountain.

After Martha arrives at the top of the mountain peak, she has one burning question. All she wants to do is find out if the legend is true.

The Old One and the Sea by Lex H. Jones 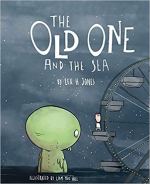 Howard is a lonely, isolated boy who lives in the run-down seaside town of Innsmouth. Most of the town’s men left to fight the Great War and didn’t come back, and those that did, like Howard’s neighbour Mr Derleth, brought their own scars and strange stories with them. None quite so strange as what is about to happen to Howard, however.

An undersea earthquake brings a strange black reef to the surface just off the coast of Innsmouth, and with it something else.  Something old, and forgotten, and every bit as lonely as the young boy who discovers it. What follows is a unique and secret friendship that will change the life of both Howard and his bizarre new friend forever. Buy UK and US

The Bee’s Avenue: Beeware of Stings by Soumya Balamurugan 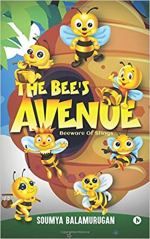 Its hive was built over a tall and supreme tree. The six eggs which hatched first were lively and curious to look over the field. They stepped out of the hive, and their restless eyes started admiring the whole field with passion. They found it more pleasing when they joined their seventh friend and nipped out of the hive.

The bees lost hope and came to know the real issue their hive was to face. All their struggles to save their hive have failed. An unexpected turn of events changed their lives forever. Buy UK and US 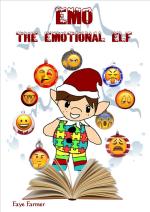 Emo the Emotional Elf is a unique book primarily aimed at children and written by a parent who wanted to help her children and other families going through similar problems we all encounter in our everyday lives. Elves, which are sure to appeal to children worldwide, are used to bring the fun into reading and learning at the same time. There is an underlying message which is to help children to accept loss, to teach them to be kind and compassionate and above all to encourage a sense of self-worth and self respect. A must read for all parents. Buy UK and US

The Lonely Leaf by Theresa Jacobs 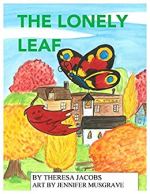 Louis is a small leaf that is bullied and feels his life is worthless. When he meets a new friend and turns out to be stronger than he ever could have imagined. .The little leaf has a big adventure and ends up saving a life, proving that small is good too. Buy UK and US 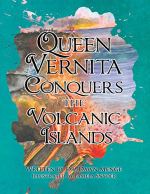 The Queen of the Land of Quails is preparing to travel to the mysterious Volcanic Islands to meet twelve of her wonderful new friends. After she leaves her loyal subjects in charge of keeping her castle safe from harm for the next year, Queen Vermita boards a boat and heads out on her latest adventure.

The Queen’s first stop is to visit her friend Nicole at the black sand beach at the bottom of a beautiful valley where she learns all about the hawksbill sea turtles and hawaiian monk seal. Her journey takes her to a new place every month, where she explores volcanoes, pink and orange sand beaches, walks along the hot lava, scuba dives under the sea, and learns about all the flora and fauna that call the islands their home. Along the way, the Queen meets many amazing new friends who are each special in their own way.

In this continuing tale, an adventuresome queen travels outside her castle to the Volcanic Islands, where she learns how important it is to respect the natural wonders of her kingdom. Buy here

Mousey Mousey and the Witches’ Spells by Heather Flood 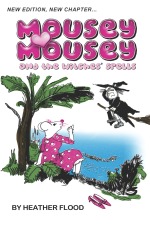 Four great stories about an adorable lady mouse. This new edition contains an extra chapter telling how Mousey Mousey and her friends go on a day trip to the seaside which almost ends in disaster. It results in a thrilling cliff-top drama. There are three other wonderful stories as the delightful little mouse has her world turned upside down by naughty witch Agatha. Mousey Mousey has all her lovely pink possessions in her cottage changed to black. Things get far worse when the little mouse is kidnapped by a huge parrot and flown to the Land of the Hook Nosed Giants, but she hopes that friendly witch Bernice will rescue her. Agatha can’t stop interfering, and her mischievous spells cause chaos at the village fete. But will Mousey Mousey’s kindness win through in the end? Children are finding Mousey Mousey as cute as the mouse in Julia Donaldson’s The Gruffalo. No wonder Heather Flood’s books are being acclaimed as the best for youngsters since Enid Blyton’s Noddy and Beatrix Potter’s The Tale of Peter Rabbit. Buy UK and US 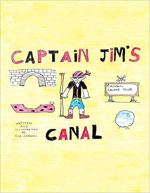 Captain Jim’s Canal who is the owner of a quaint Canal Canoe Club also known as the C.C.C. This first book delivers the plot and short story of Captain Jim and his adventures along the Canal. Two customers loan out a canoe and are issued instructions not to venture past the Second Bridge, would they and do they? Who knows? Buy UK and US

Jody Richards and the Secret Potion by Tony Flood 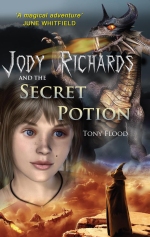 Jody is a bubbly 10-year-old girl with the unfortunate habit of saying the wrong thing at the wrong time. Desperate to find her missing brother James, Jody’s vivid dreams take her to Tamila, a mysterious land inhabited by magical wizards, mischievous pixies, nasty witches and helpful fairies. There, Jody falls foul of Hugo Toby, an evil wizard who – along with his vile brother Augustine the Awful – makes the quest to find her brother even more tricky. Thankfully, not everyone in Tamila is bad, and Jody is helped on her quest by the Bag Man, a mysterious friend who seems to be able to pull almost anything out of his carrier bags!

This beautifully written children’s tale of good versus evil will delight people of all ages, and is the perfect addition to any adventure-loving reader’s bookshelf. Buy UK and US

On Brighton Streets by Nisse Visser

Amy Wheatley is proud to be from Brighton, but doesn’t know what to make of the growing number of homeless people in the city centre. Why don’t these people have a place to live? Where are they from? Why do so many people ignore them entirely, as if they were invisible?

Even though Amy is still overwhelmed by her transfer to secondary school, she sets out to make sense of the changing world around her, a quest which will open her eyes as to what is happening on the streets of Brighton.

Suitable for ages eleven-and-a-half to one hundred and a bit. Buy UK and US

The Big and The Little Monster Go On A Picnic by Adam D. Searle 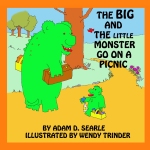 You can find Adam’s new release, alongside his other delightful children’s books, here

Check back next month for our featured books. Are you an author? The list below are the features we offer each month and the spaces fill quickly. Simply email a link (preferably universal) and a cover image to redcapepublishing@outlook.com