This is a short book so I won’t give anything away in my review but it is a beautiful little story, full of hope. It’s made even more special by the incredible artwork featured throughout. A truly unique piece of work. Buy UK and US 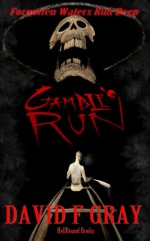 This is the first piece of work I have read by this author and David Gray is a very talented writer. Garrett Webb finds himself on an unearthly mission to save his wife, who has gone missing after the tragic death of their infant daughter. Webb embarks on a journey which leads him to the mysterious, long-abandoned canal of Gamble’s Run.

Gamble’s Run is true horror; fast-paced, filled with mystery, suspense, and nerve-shredding tension. This story isn’t just about good and evil…. It’s out of this world! This is a must read book. Buy UK and US 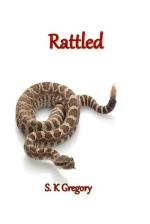 Rattled is the first book I have read by this author, and the cover caught my attention. It gives the impression of a horror B-movie and is a lot of fun to read. A swarm of deadly snakes are unleashed on a small town, and chaos ensues. The characters were entertaining and believable, and the story was fast-paced and a lot of fun, with great dialogue. I look forward to reading more from S. K. Gregory. Buy UK and US

The Elder Ice by David Hambling 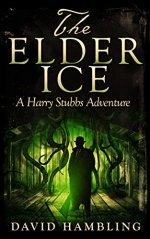 The Elder Ice was a very enjoyable mystery, in the style of Lovecraft. Beautifully written, with great characters and locations which were easy to envisage, it tells the story of Harry Stubbs, an ex-boxer now working for a solicitor’s firm, investigating the estate of the late explorer, Ernest Shackleton. The story is filled with suspense, and intrigue, keeping the reader guessing until the very end. This is the first that I have read form this author, and will certainly be reading more. Buy UK and US.

Noah Finn & the Art of Suicide by E. Rachael Hardcastle 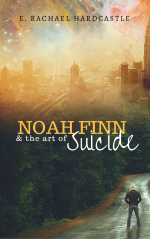 I was fortunate enough to receive an advance copy of Noah Finn and the Art of Suicide, knowing only that it dealt with delicate issues such as religion, death, and the terrorist attack on September 11th, 2001. As soon as I began reading, even by the end of the first chapter, I could see that this was something special. The story deals with Noah Finn, a janitor who had, up until September 11th, been trying to end his life. The story was complex enough to keep my interest, linking strings of incidents together as the ‘universe’ played its role, with the help of Death, or Christopher Saint as he was called at this time. The connections between the characters were well thought out, and the writing was of an incredibly high standard. Overall, Noah Finn and the Art of Suicide was a thought-provoking, highly original, and sensitive story, with a splash of humour thrown in. Buy UK and US 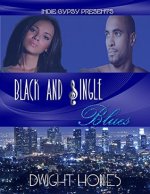 Black & Single Blues is essentially a modern romance story, set in the world of touring musicians. This is not a genre I read often, so I was unsure what to expect form this book, but was pleasantly surprised. The story focuses on Keith, a successful musician who meets Lesli, and the pair embark on an intense relationship. The characters were believable, with their own flaws, and the story was well written with a great dialogue. I found it different to anticipate how the story would end, which kept me reading to see what happened next. A must read for fans of romance stories, as well as those with an interest in the life of touring musicians. Buy UK and US

I’ve come across a few stories from David Owain Hughes in some anthologies and they have been impressive, so I was excited to get stuck into a longer book from this clearly talented writer. I predominately read horror so South by Southwest Wales made a refreshing change. The story is a crime thriller, centring around Samson Valentine, a private detective with a love of whiskey. Sporting a long coat and fedora, Valentine seems to believe he is 1940s Chicago, rather than Cardiff, as he sets about cleaning up the streets after getting mixed up with some unsavoury characters. Hughes has created a fantastic character in Valentine; believable, likeable, witty, and I found myself feeling sympathy for him as his back story was revealed. The tale is fast-paced, with great writing which creates a wonderful atmosphere, and could easily be imagined as a movie. I very much look forward to the second instalment. Buy UK and US