Handsome is a police thriller set in Toronto and revolving around Detective Gagon. In Handsome, Gagon is chasing down a serial killer with a particular group of targets.  It had been a while since I’d read any non-horror so this made a refreshing change. Jacobs has put together a clever, fast-paced, and enjoyable book that any fans of police procedurals and serial killer thrillers are sure to enjoy. Buy UK and US

This is the first full-length story that I have read from Theresa Jacobs, and it had me hooked from the very start. It’s a ghost story, taking place as a young mother moves to a new town, on the run from her ex’s family. The story builds up tension from the beginning and holds the reader until the very last page. This is a chilling story, a must-read for any fan of horror stories, and is highly recommended.  Buy UK and US

Legacy caught my eye because of the awesome cover, and my love of Red Riding Hood. If you are into werewolves, Legacy will be right up your street! This modern day Red Riding Hood story is a series of thrills and twists, love and hate, and a family who have a job to do. A big job! Young Rose was living life to the full, she enjoyed her work, friends, and a handsome man she loved uncontrollably. But her life was about to change! Legacy is a real page turner. Buy UK and US 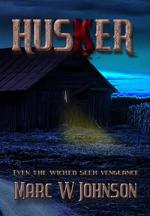 This is the second piece of work I have read from Marc Johnson, and he didn’t fail me.
After the horrible death of her mother, and no love from her father, Jennifer runs away. Becoming a successful model, she did well for herself. Fears of schizophrenia followed her, praying she wasn’t like her mother. As Jennifer is in recovery, she receives word of her father’s savage murder, and needs to return home. Jennifer soon reconnects her friendships with old friends and her high school love and begins to go through the family home. She comes across an old box in the attic, only to discover the contents connect to past murders. Bringing it to the attention of the police, who brushed her aside knowing the family history, Jennifer feels she’s next in line, but no one believes her.
This is a must read, I didn’t know what was going to happen next! Buy UK and US 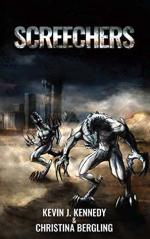 As with a number of readers whose work I have enjoyed, I first came across their stories in anthologies. The same is true for both Kevin J. Kennedy and Christina Bergling. I did not even bother to find out what this book was about, confident that it would be worth reading, and it did not disappoint. At novella length, Screechers is a quick read, but manages to convey a reasonably detailed story. Set in a post-apocalyptic world, a group of human travellers’ face creatures they had not known existed, whilst the last remaining Screechers leave the familiarity of the city in search of food and adventure. Great characters, an easily envisaged world, and a highly entertaining final battle, all make for a five-star read. Buy UK and US

You Only Get One Shot by Kevin J. Kennedy & J.C. Michael

This was a really enjoyable, very original story. You Only Get One Shot is a clever way of bringing a collection of short stories together and adding a frightening connection between them all. A real pleasure to read, and strongly recommended to all horror fans, and those looking for a book with real originality. Buy UK and US

The Gatekeeper by Kevin J. Kennedy

This was a super, short, horror story in which a man is recruited to guard a gateway to Hell. Kennedy manages to get a decent amount of story in the small number of pages, making for an entertaining read. As it’s a short one, I won’t give too much away, but The Gatekeeper is recommended if you fancy a quick, creepy tale on a dark night. Buy UK and US 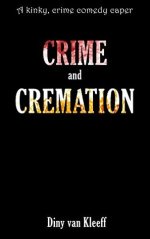 Crime and Cremation is described as a ‘kinky crime comedy caper’ and I’d have to agree with that. It is an action-packed read with a lot of witty dialogue, humorous situations, and a few spicy scenes as well. Three teenage friends find themselves in a series of interconnected scenarios involving Satanists, the mob, dodgy police officers, and a lot of stolen money. Crime and Cremation is a lot of fun, and I’d highly recommend it to any fans of crime comedies. Buy UK and US 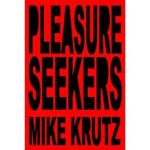 Back in October 2017 I ran a Halloween promotion to showcase a different horror story each day of the month. (You can find the list of books from 2018 here). Pleasure Seekers was one that stood out for me, and not just because of the bright, simplistic cover. It is a short story, at 85 pages, but what an adventure it was to read! The story takes place over one night in a city, as the lives of a host of unusual characters intertwine. The story was well paced, and beautifully written. It was easy to envisage the scenes as each one unfolded. Pleasure Seekers manages to combine a fascinating set of individual tales and weave them into a story that I can honestly see becoming a cult classic. Buy UK and US

Dead Branches is the first I have read from this author, and I thoroughly enjoyed the book. Set in England in 1990, it tells the story of a child who has gone missing in a small village. The author has written the majority of the story from the perspective of the missing child’s friend, Thomas, and has expertly captured the way the boy viewed events. Around half-way through the book I thought I had it figured out, only to be thrown a series of unexpected twists which kept me guessing to the end. A great read and I look forward to reading more form the author. Buy UK and US

I feel as though I’m a bit late to the party as this is the first of Lebbon’s work that I have read, but it certainly won’t be the last. Eden is a well-paced, intelligent story with an important message. Set in the near future, Eden is one of a number of Zones across the globe which have been given back to nature in an attempt to mitigate the effects of climate change. The story begins as a group of adventure racers prepare for the challenge of crossing Eden, despite the borders being guarded and entry to the Zones being illegal. It soon becomes evident that some members of the group have other reasons to be attempting to cross Eden, but once inside they discover there is far more to the place than just an unspoiled landscape and much to be afraid of.
The group of characters are believable, all with their own personalities, flaws, and agendas. Eden is richly descriptive – the whole book played out like a movie in my head. Lebbon successfully created a feeling of dread and suspense from early on with the story taking turns which kept me interested. A thoroughly original and captivating novel. Buy UK and US

Lac Du Mort and Other Stories by Joanne Van Leerdam 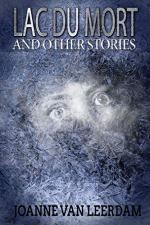 This collection of short horror stories is an absolute must-read. Well written, frightening, and with a splash of humour, Lac Du Mort and Other Stories covers a range of topics. This is a fairly quick read, perfect for a dark evening. My personal favourites were lac Du Mort, and The Trial of Evan Stoane, but each story was great. Buy UK and US

This is an outstanding collection of poems of a darker nature. I found them easy to relate to, and beautifully written. Each piece was as strong as the last, and I would recommend this book to not only fans of poetry, but also of dark fiction. An excellent read, and I look forward to reading more from the author. Buy UK and US

Misdirection is a high-tech thriller, the first in a series, in which we are introduced to Lucas Norton. Norton is a very likeable British agent, working on solving a complex heist in which $48 million are stolen from a bank’s delivery truck. The story is fast paced, and cleverly planned out, with believable characters. As the title suggests, things aren’t always as they seem, and the thieves carry out an elaborate scheme in an attempt to get away with the money. A very enjoyable read, and I look forward to reading the second instalment, Credence. Buy UK and US. 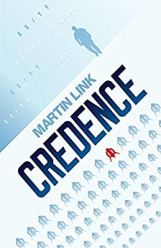 Credence is the second book in what is currently a trilogy, following on from the superb Misdirection (see my review for Misdirection further down this page). The author has created a hi-tech, yet believable, world, in which the likeable hero of the tale, Lucas Norton, finds himself in another thrilling adventure. This series is a must-read for fans of spy / police thrillers; fast-paced, witty, and highly entertaining. Buy UK and US.

Bag of Buttons by Mark Lumby

This was the first I had read from Mark Lumby and would definitely recommend it. The story is fairly short (I read it in one sitting) but is gripping from the outset. Well written, with an intriguing plot that was a real page turner. Quite unique, and certainly memorable. Buy UK and US

The Debt by Mark Lumby 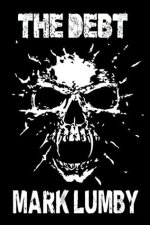 If you’ve kept up to date with the reviews on this page, you’ll see a few books by Mark Lumby already covered, and you’ll see why I was so looking forward to reading The Debt. Jack Monday has found himself in a dangerous situation, owing a lot of money to some violent people. Until he is contacted by a mysterious stranger who offers to settle the debt for him – the condition being that he improves his life, and in twenty years he must give something back, but he does not know what. The Debt had me gripped from the start, eager to know what fate would befall Jack when the time came. Another great story from Mark Lumby; sinister, fast-paced, and deliciously dark. Buy UK and US

Rats in the Loft by Mark Lumby

After reading the fantastic Bag of Buttons, I was keen to check out more form Mark Lumby. Rats in the Loft certainly didn’t disappoint. The story was perfectly creepy, with plot twists that I didn’t see coming. It was a quick read, and thoroughly engrossing. A must read for any fans of spooky tales. Buy UK and US