This month we are focussing on audio books so check out the recommended listens below; 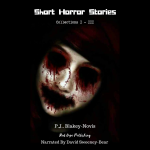 Eighteen short horror stories, one terrifying collection. A set including all of the short stories from Embrace the Darkness, Tunnels, and The Artist in a single audiobook.

Embrace the Darkness: Step into the mind of the unstable, where nightmares become reality and reality is not always what it seems. Embrace the Darkness is a collection of six terrifying tales, exploring the darker side of human nature and the blurred line between dreams and actuality.

Tunnels: This audiobook takes you on six terrifying journeys full of terror and suspense. Join a group of ghost hunters, dare to visit the Monroe house on Halloween, peek inside the marble box, and feel the fear as you meet the creatures of the night.

The Artist: The nightmares continue in this third instalment of short horrors from P.J. Blakey-Novis. The Artist and Other Stories contains a terrifying mix of serial killers, sirens, ghosts, claustrophobia, supernatural powers, and revenge guaranteed to get your heart racing and set your nerves on edge. Buy here 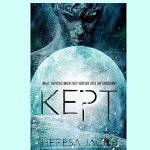 One of the ships, GIA, crashes on Kepler, which is already inhabited. Now at the mercy of the alien race, the humans are held in an underground cavern.

Would they still have gone knowing that they would be stripped of all humanity?

Under the constant eye of the aliens, a few men discover there may be a way out of the cavern.

How will they escape, and what will they encounter if they succeed? Buy UK and US 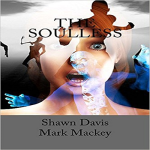 Tim Burchett and Amber Louise Forest never suspected they had boarded a cruise ship headed straight to Hell. They couldn’t have been any more different. Tim was a former armored car driver laying low on the cruise ship after making off with half a million dollars of his employer’s stolen cash. Amber was the successful CEO of a multi-million dollar publishing company taking a much needed vacation from her high-stress job. Neither one could have predicted that their cruise ship would be hijacked by terrorists. Neither one could have predicted that they would have to rely on each other to survive. But the terrorists are the least of their problems. After the cruise ship’s controls are blasted and the ship is sent far off course, they find themselves shipwrecked on a remote Pacific island. On the island, Tim and Amber must survive outrageous terrors created by a twisted science that exceed a lunatic’s most deranged nightmares. Buy UK and US 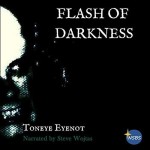 Lurk within my mind(s) and see the terrors that await thee…. Just keep in mind, once in my mind, you cannot flee….

Five flashes of terror to torment your mind…. Allow Eyenot to drag you through the darkness. You may never find your way back to the light. Buy UK and US

Elements of Horror Book One: Earth 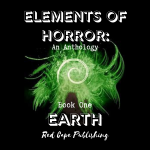 Earth, book one in the Elements of Horror series, is the first in a series of four horror anthologies based on the elements. In this audiobook, you will find a variety of stories from some of the best independent horror writers on the scene today, including Theresa Jacobs, R.C. Rumple, David F. Gray, and many more. Fall into sinkholes, brave the tales of witchcraft, grotesque creatures, and demons, and feel the terror of explorations gone wrong. Buy here 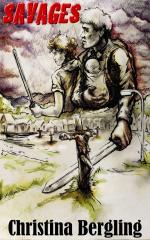 An incredibly touching, yet unapologetically brutal trek through a post-apocalyptic wasteland of a civilization that once was. Two strangers, reliant upon each other, for survival face impossible odds, driven by little more than the primitive desire to live, are hunted by vicious hordes of those who were once human – savages…Mindless murdering savages. Are they zombies? Are they still human?
Whatever the other survivors have become, they no longer speak; they only kill and live like animals.Parker and Marcus navigate through the ruins and battle through these lingering savages with no answers, searching for the last strain of humanity. Until one discovery changes everything…The infant’s cry shatters their already destroyed world. For Parker, the baby invokes the ghosts of her dead husband and sons.
For Iraq war veteran Marcus, the child embodies his hope and gives him innocence to protect. For both, they struggle to determine if faded notions like romance can even still exist in this bleak, dying world.In this grim post-apocalyptic portrait, the survivors face the horror of not knowing what happened to the world around them as they question whether humanity was ever human at all. Buy UK and US