A Rose By Any Other Name by Joanne Van Leerdam 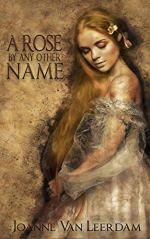 Sinister hands snatch a newborn child and carry her to a tower where she lives in loneliness.
Enmity between feuding families results in an elopement that ends in ways that nobody could foresee.

You think you know these stories… but do you really?

The destinies of these star-crossed teenagers entwine in this tale that reveals the story that Shakespeare and the Brothers Grimm never told. Buy here

The Westwood Witches by Sarah Northwood Aero trembled as she held the box sealed inside black paper. The dilemma was a difficult one – her mum had told her the box contained secrets she might not be ready for. Once she opened it, there would be no going back…
Aero has always felt like a misfit and an outsider. Thankfully, having a best friend like Lilly, along with a grandma like Joanna, makes life worth living. But a terrible event tears her world apart, and Aero Westwood is about to discover that her family has more secrets than most. Buy here

Perilous adventures await Lorn and Lily’s children in the third installment of the Kingdom of Jior series.

This set of adventures starts out with Princess Lyra Song, young and beautiful, stepping into maturity. She and her family attend the funeral of a dear friend. During this sad time, she pursues her hopes and dreams endeavoring to explore a betrothal with the Heir of Krickgold. However, when she is mistaken for a witch by a Lord from a neighboring country, her dreams are dangerously interrupted. Waylaid, taken prisoner and thrown into an iron cage, the delicate Princess of Jior is charged with a crime she didn’t commit and she must do whatever it takes to escape or be wrongfully executed.

Prince Vannier of Jior, known to the Ny-Failen as Little Wing, has been devastated by what happened to his sister Lyra Song, but life must go on and he goes forward with his plan to marry his childhood love. The day of the wedding ceremony he finds his betrothed with another man and now he must face devastating reality and some difficult choices. When his younger brother Dark Star goes missing, Vannier must set aside his own problems to go into the Violent Mountains and find who has taken his little brother. Amidst the turmoil of the hunt, Vannier must face danger, loss, and possible heart break.

Dark Star, the youngest Prince of Jior, has been changed forever by the events of his capture and he remains troubled and unable to find peace. A mysterious compelling draws him away from the safety of his home and family. He sets off on his own to investigate and finds a black castle and a beautiful sorceress in dire need of his help. Dark Star must face a demon from the Hells to free them both.

After two other heart wrenching, adventure packed books “Heirs of Jior” promises another enrapturing escape into the Kingdom of Jior. Buy UK and US

Something Wicked by S. K. Gregory

Something Wicked this way comes…

Venture into the dark world of witches with this spellbinding collection of stories.

A witch with the gift of second sight, finds himself in a predicament he may not be able to escape from.

What would you do for $5 million? When a demon offers one witch the chance to fix all her problems, it comes at a price. She must give him a child.

Three teenage girls are lured to the dark side by a mysterious boy. What secrets is he hiding? And what does he have planned for them?

Men flock to Circe, but she knows exactly how to deal with them. When a woman comes to her, seeking revenge against her lover, Circe finds herself in deep trouble.

You’ve heard of Morgana, now meet her mother. Darkness runs through her veins.

A mysterious woman shows up on Daniel’s doorstep, but is she all that she seems?

One click today and stay for a spell. Buy UK and US 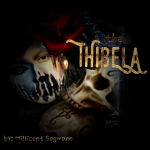 Marian is a goddess that cannot stand humans but in order to save the life of her grandmother she is sent to earth to look for the Thibela, a special rock that will save her grandmother.

All hell breaks loose when she gets to earth only to find that her mother a former goddess has turned into a human and she has gotten married to another man and they have children. Marian soon forgets her mission as she plots to end the human race to avenge her sister’s death caused by her mother’s love for a human. Buy here 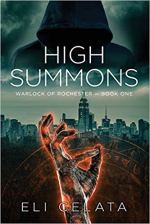 What price would you pay for magic?

Born with magic, Jon never asked the cost. His dad vanished. Monsters lurked in the dark, waiting for him to notice, but as long as he kept his eyes forward, as long as he pretended to be a normal human, they forgot he was even there. Until they didn’t.

Ruthless rogue wizards and hordes of demons flood the city. Put in the cross-hairs of a demon hunter, Jon jumps at the chance to apprentice, but the demon hunter, Jordan, didn’t show up by chance. He’s got his own agenda in Rochester, and dealing with a group of rogues desperate enough to set the city ablaze is just the beginning. Wild nights drag Jon deeper into the world where his father vanished. Maybe he’s becoming an addict.

Maybe magic just comes with a price. Either way, he’s hooked. Buy UK and US

She wakes up in the hospital, badly burned with no identity.

He’s been trained to kill her before she burns the world to ashes.

When they finally meet, will he be able to take her life now that he’s started to feel for her?

His fate is already written.

The prophecy is already set.

Love between them is forbidden. Buy UK and US

Katie was a normal girl living a normal life – graduating high school, dating and working. But unbeknownst to her, she wasn’t even born on Earth. After learning of her past, along with some unfortunate circumstances, Katie is sent back to her home world, where she sets out on a race to save her father, and the world itself, from a wicked Queen who plans to unleash evil upon it. Throughout her journey, Katie will have to learn to fully control her powers while encountering magical beasts, malevolent spirits and a fabled ship of vile pirates, along with new threats she never even imagined. But no one could stop the Queen before, so what makes Katie so different? Buy UK and US

Where I Belong by Willow Woods 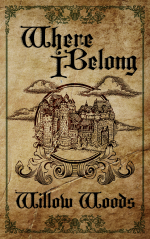 When Alexandra’s betrothal to the King of Saphyre is announced she is less than overjoyed. Desperate to escape her marriage to the tyrannical king, she flees. But, after a spell goes awry, Alexandra finds herself lost in a strange world with no memory of who she is. Alexandra begins to adapt to a life she knows isn’t hers. When the mysterious Carlyle arrives, claiming to be her jilted fiancé, she begins to doubt whether her reality is what she truly wants. After Carlyle refuses to take no for an answer, Alexandra finds herself transported to a realm of magic and corruption. Unable to escape her destiny of becoming queen, Alexandra is determined to end Carlyle’s tyrannical reign over Saphyre. Thrust into the heart of a five-hundred-year-old rebellion, led by Caleb, who claims to be Saphyre’s rightful King, Alexandra is faced with a difficult choice – who is Saphyre’s true ruler? Buy UK and US

The Shadow Courtesan by Willow Woods 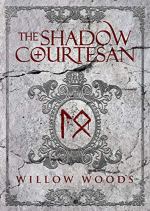 A century after seeing her home destroyed and family slaughtered, Reina is forced to return to the very place she swore never to go back to: Tenebrae, a place of eternal darkness where vampires thrive and humans are forced to live as slaves.

Although Reina is now a vampire, the very creature she loathes, the vampires of Tenebrae do not recognise her as one of their own.

Determined to end slavery and destroy Tenebrae, Reina catches the attention of Master Vrykólakas, the man responsible for the deaths of her family and village, who gives her an impossible ultimatum: become his favourite courtesan or condemn the man who is both her Creator and lover to death. Buy UK and US

The Combat of Magic and Miracles by Samuel Dharmendar 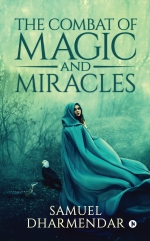 Since long before the first stories were whispered to the young of Bethel, war between the mighty birds and the venomous reptiles raged. However, it was not until the queen of serpents, Diana, was challenged by the younger Deborah, that the combat of magic and miracles began in earnest. Deborah’s father Francis, taken captive by Diana, was just the latest addition to Diana’s evil caves, the home of so many captured souls. Diana needed their corrupted blood to increase the power of her magic and moans of their tortured spirits pleasured her. In desperation, Deborah discovers the ‘Book of Redemption’ from which she learns secrets she needs to burn the caves of Diana and rescue the captives. Her heart full and mind sharply focused, Deborah, sets out on her expedition but soon loses her way when she meets the man of her dreams. The mighty King Melchizedek comes to Deborah’s aid when he reveals to her that she is more than an ordinary human. Will Deborah be able to conquer Diana? The Combat of Magic and Miracles is an enthralling journey of Deborah, filled with fantasy romance, mystical adventure, and jaw-dropping twists that will keep you glued to this epic until the very last minute. Buy UK and US

Keep an eye out for our future monthly spotlights, and if you have a book you’d like included please email redcapepublishing@outlook.com with the cover and a link, stating which month is the best fit.

January – New Releases (Books out within the last 30 days)