Novellas are a great way to try out a new author without committing to a full-length novel, or for those of you with less spare time for reading. Here are a selection of recommended novellas, mostly horror, from a variety of writers.

A Halloween Tale by Austin Crawley 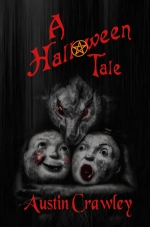 Five teenagers enter the neighborhood haunted house looking for spooky adventures for Halloween. What they find is more than they bargained for, but now they can’t get out!

Tesha has always been a practical girl and tries to stay out of trouble. When best friend Phillip, his brother and two other friends plan to break into the spooky house known as Number 23 Hazelwood Avenue on Halloween to see what all the stories are about, she wants nothing to do with it, but protecting her friends is in her nature.

The history of the house will reveal itself in unexpected ways through a diverse mix of discarnate entities and supernatural phenomena. The harrowing struggle Tesha and her friends face to escape the inherent evil that rules the house and its potentially lethal traps will haunt their nightmares forever… if they survive! Buy UK and US 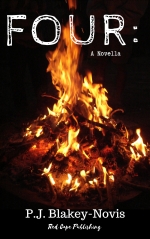 From the author of Embrace the Darkness, Tunnels, and The Artist comes Four. Four friends spend a night away camping in the English countryside, each taking a turn to tell a horror story that will terrify the others. But the group soon discover that there is more to be afraid of than just some campfire tales, and that no one is as innocent as they seem. Buy here

Dirges in the Dark by Antoinette Corvo 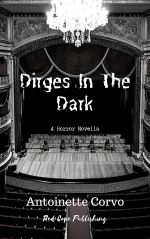 When actress Cassidy May lands the lead in the story of Hellen Grimaldi’s life, she believes it could be the boost her career needs. However, the more she looks into the past of Hellen and the shocking events which led to her death, the more fearful Cassidy becomes about taking the role. Did Hellen truly summon demons during that fateful performance? Was Cassidy about to unleash the same hell that Hellen had? What dark forces were really at play behind the curtain? Buy here

The Cimmerians by Theresa Jacobs 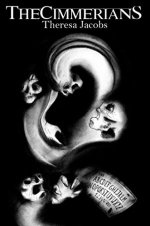 When Emersyn fled the big city for a quieter life in the Midwest, she left all her troubles behind – or so she thought. She quickly discovers her quaint new home has a past of its own. Ten years prior a young woman killed herself inside the front door. Since that fateful day, the locals avoided the house. Not one to believe in the supernatural, Emersyn, along with a new friend, take it upon themselves to conduct a seance for answers.
They get much more than they bargained for when they awaken an ancient evil. The same evil that haunted the past resident.
Now they must scramble with little time to stop it. When Emersyn’s past comes back to haunt her, and innocent people get hurt, she has nowhere to turn. Until a police officer inserts himself into her life, together they will do what they can to put an end to the deadly shadows forever.
Can evil this powerful ever truly die? Buy here

The Waning by Christina Bergling 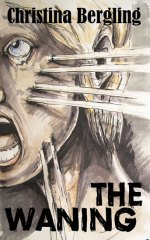 Beatrix woke up in a small metal cage, a persistent dripping sound her only company. Lost in the darkness. Reeling to remember. She had been leaving work to celebrate her promotion, a promotion that was the culmination of her entire ruthless, driven career; a promotion that would cement her status with her marketing firm enough for her to take her relationship with her girlfriend out of the lesbian closet. Beatrix had finally made it. And then she was here, disoriented and petrified in a black she could not define. Yet the reality of her Master may be even more terrifying than the crushing darkness and enveloping isolation. He appears as an ominous shadow in the doorway of her cell, and he never speaks to her. Instead, he teaches her the language of pain and torture, of submission and obedience, of domination and possession With each passing day, the fight and hope in Beatrix begins to shrivel and wane. With each savage beating, her survivalist instincts rise up to overwhelm the person she was. With each dehumanizing condition, she begins to forget who she was and the life from which she was ripped. Can Beatrix ward off the psychological breakdown of her Master? Can she resist the temptation to survive and thrive through submission? Either Beatrix will succeed at surviving and escaping the torments of her Master or her Master will succeed at breaking her completely and reforming her into his design for a human possession. Buy UK and US 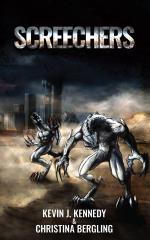 In the apocalyptic fallout of the burned world, the screecher is a massive beast evolved to kill and built for survival. One screecher abandons its home among the crushed remnants of a city and moves to explore the wider world. Unbeknownst to it, one of its surviving nephews decides to tag along.
Far away, across the dusty sand dunes, three men flee the smoldering ashes of their community along with their regrets, looking for a new place to survive.
These two stories, of screechers and humans, alternate and dance around each other before the creatures and men intersect and weave into one story.
In the scorched remains, everything struggles to survive. The end of the world produced mutated monsters beyond imagination. When worlds collide, when man meets monster, who will survive in this new world? Buy UK and US 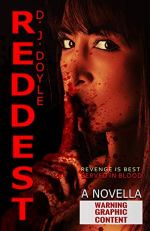 *****WARNING: Content may disturb and offend. There are scenes of a sexual nature*****

When you’re pushed over the edge, revenge is a dish best served cold-blooded. Buy here 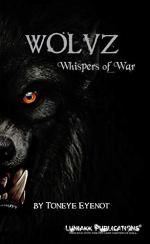 The war on humanity has begun… Wolfhaven – ground zero – none in this town will survive the wrath of the pack. The first slaughter sparks the beginning of the end for humanity as the Wolfhaven pack descends upon the unsuspecting townsfolk to exact revenge for the killing of one of our own – Pharo, the mother of the pack, once feared and respected by our kind throughout the region, is no more.
Claude’s plan is bold yet carefully thought out; to spread from Wolfhaven, town by town, village by village, city by city; to rid the world of the human plague and put an end to the desecration of this wondrous planet. It all begins here.
As the ranks swell, the surrounding packs forming alliances and consolidating, select humans are spared annihilation to be turned and assimilated as the moon casts her influence.
Will our beloved Alpha’s grand plan come to fruition? Or, will pettiness, arrogance, and territorial pissing end this war before it begins? I am Shona, first daughter of Pharo, and here my story begins… Buy here 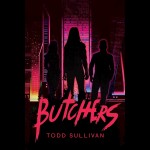 Kidnapped, turned, and locked away in a concrete basement, high school student Sey-Mi is taught the ways of the damned. Her captors, beautiful and malignant, cruel and insane, torture her until she pledges allegiance to the Gwanlyo, a secret organization of vampires now obsessed with bringing her into their ranks. Enter Cheol Yu and Hyeri, rogue members who want to liberate vampires and set them upon humankind like a plague. Their first act of rebellion is to persuade Sey-Mi to join them in their twisted objective of unraveling this draconian society of the dead. Before they can do that, they will have to dodge the Natural Police, an order within the Gwanlyo whose objective is to hunt down and butcher any vampires that break the organization’s strict rules, and who are currently tracking Cheol Yu for murdering one of their own. Hyeri, who is no stranger to the organization’s wicked methods of agonizing punishment, is hell-bent on bringing them down, and is prepared to lead Cheol Yu through the dark, abandoned streets of the Gwanlyo’s compound where Sey-Mi is being held captive. She doesn’t intend to go in unarmed, however. Hyeri has a plan – one that might just burn the Gwanlyo to the ground. Will Sey-Mi place her loyalties in the Gwanlyo that rules through terror? Will she side with rebellious conspirators who strive to bring hell to the world? Or will she carve out her own path through the flesh and bone of anyone who stands in her way? Find out in Butchers, a novella of extreme horror. Buy UK and US 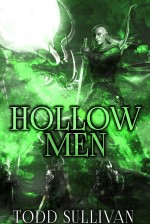 Men from South Hanguk undertake quests to gain social standing, to stand above their peers, to make names for themselves. To become heroes. Few ever return. Ha Jun, sixteen years old, possesses a glyph sword crafted in foreign lands. Alongside a soldier, a knight, and a monk, he travels across the country to destroy a demon lurking beyond the running trees of Naganeupseong Fortress. Accompanying them is the dark elf, Windshine, who emigrated to South Hanguk from her own war-torn country centuries ago. Distrusted by the people of South Hanguk, Windshine has the Emperor’s protection and is tasked with recording the valiant acts of quest groups battling creatures born from nightmares. Ha Jun becomes drawn to Windshine as they near Naganeupseong Fortress, but when he discovers the blood connection between the demon and the dark elf, he will either succumb to his fear, or rise up and become a hero. Buy UK and US 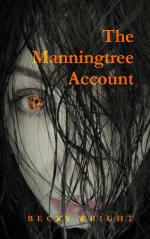 The Manningtree Account, a historical supernatural
thriller Novella. Why not read the extended edition, Daughters of the Oak

1646 – A time of English Civil War, when life is cheap, death common and superstition consumes the hearts of God-fearing folk. The life of a healer is precarious, dwelling in the shadows of normal society. Ostracised, their time running out as the self-appointed Witchfinder General scours the countryside for the Devil’s whores…

2016 – One dark night, one sleepy town, one family gripped by terror. The EAPI paranormal team are called to investigate dark poltergeist activity. But, as the eternal night finally loosens its grip, it seems that some evil deeds are never forgotten, reaching out from beyond the grave to exact their revenge… Buy UK and US

‘We can order the same or taste each other’s’ is the first Novella by Mark Anthony Smith. It follows a couple in love who talk about love through ordering food. What happens beyond death? This Novella speculates about that as well as lots of other contemporary issues. Read it from 1 – 3 April 2020 on InkPantry

Keep an eye out for our future monthly spotlights;